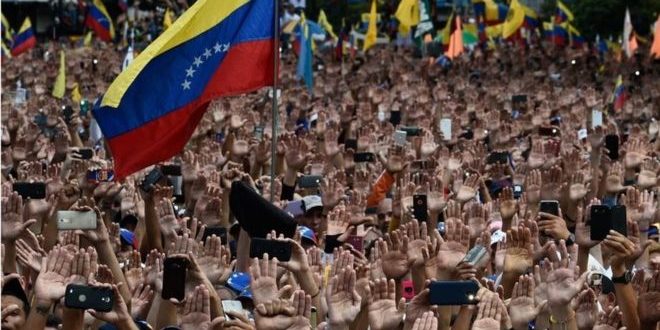 A combination of political and especially economic crisis have led the leader of the opposition and of the National Assembly Juan Guaidó to proclaim himself President of the Venezuelan Republic ad interim in order to guide the country to new national elections and oust the current President Nicolás Maduro.

Even though Venezuela is an oil-rich country and a founding member of OPEC, in the last decade it has been suffering an ever-deeper economic crisis. Since the very beginning of Maduro’s government in 2013, who replaced the revered socialist leader Hugo Chavez after his premature death, the nation’s wealth started to decrease significantly and particularly in the last years, after the 2014 record fall in oil prices, negative trends have steepened with unparalleled decreases in GDP and increases in inflation. This resulted in less food and vital supplies available such as water, energy and medicines for the whole population; a considerable portion of it is on its knees and is increasingly needful of aid.

General malcontent and disaffection towards the Government started to emerge since the establishment of the new President and rapidly grew in the next years as the economic crisis deepened. The opposition gained unprecedented strength and in 2016 it won the National Assembly elections, becoming its leaders.

To fight back, the President imprisoned or sent to exile many of the opposition leaders, and in 2017 created the Constituent National Assembly, a ‘shadow Parliament’ loyal to the Government and that would have replaced the official one.

Tensions escalated when in 2018 new elections were held, and even though Maduro won a 2nd term with a clear majority, less than half of the population voted because of a boycott planned by the opposition who denounced the elections as untrustworthy. Public rallies grew in numbers and in frequency, and the situation finally broke out in January when opposition leader Guaidó, by trying to seize power, openly initiated a face-to-face conflict with the Head of Government.

In a domestic view, as it stands now President Nicolás Maduro still holds power and can count on the backing of the military and of the judiciary, which plays an important role. Whereas the opposition leader Juan Guaidó has the support of the National Assembly and most importantly of the citizens, actually the majority of Venezuelans, who dislike the President and are dissident of the Government.

Maduro’s leadership, strong of the military support, is not significantly threatened by now, yet the economic situation is worsening as well as the living and health conditions of many people. Great pressure is being put on him by the opposition to let into the country the humanitarian aids, which are currently blocked at the borders. The President firmly opposes the aids, judging them as an attempt of other countries to interfere with Venezuelan domestic politics and subvert the government.

Nevertheless, there is an urgency to help the population, and without the aids it is unlikely that the Head of Government will manage to improve the situation in the very short run. For him, it could eventually mean a total loss of his civilian supporters, and at that point even his control over the military would be seriously undermined.

Though if from a domestic perspective Maduro seems to still have the final say, from an international perspective his strong position is considerably reduced. A large share of the main actors in the international community is against his regime, and this is mainly the USA, Canada and European countries along with the Lima Group, which is most of Latin American countries, with the exception of Mexico. These States dislike Maduro’s socialist government, denouncing the authoritarian and undemocratic pathway it has taken and have quickly recognized Guaidó as the official President of the Venezuelan Republic after his declaration on the 23rd of January. Furthermore, they are increasing pressure on Venezuela’s borders to allow access of humanitarian aid.

The fall of the Maduro government is of particular interest for the USA, who sees the chance for a significantly powerful socialist and anti-US government to fall and to be replaced by a much more American friendly right-wing one.

On the other hand, it must be considered that Maduro is not without allies, and great powers such as Russia and Turkey have given their support to his Government. Russia is the USA’s rival, and thus supports the Head of State in order to make sure that Latin America’s sphere of influence is not totally balanced out in favour of the United States; plus, it is interested in Venezuela’s oil. Whereas for Turkey, its President Erdogan is a close friend of the Venezuelan leader, and this friendship is not without interest: the country’s other main resource, gold, is highly regarded by Turkey, and the two countries have special economic ties for gold trade. Even Iran expressed support for Maduro, but mainly to denounce US interventionism.

Of all USA’s rivals, China is the only one who is still in a cautious neutral position, partly because of its non-interference foreign policy, but most importantly because it has invested a lot in Venezuela and due to the latter’s economic crisis their relationship is now complicated, with China carefully waiting for the development of the situation before taking any decision.

Even though the Venezuelan President warned the opposition and its international allies of a civil war: in Maduro’s thought it would be based on political ideology, in which his socialism and patriotism would fight against the right-wing and liberalist intruders. However, the risk of it is fairly low and in Caracas people do not perceive it as a possible threat. The majority of the civilian population is against the Government and it is not a matter of political ideology, rather the worsening of the economic situation and the increasingly authoritarian behaviour of the President, in particular the armed repression of many protests and the imprisonment or exile of political leaders of the opposition.

Friction between the Government and the opposition is intensifying and the current political situation will not last for long. As the nation’s and people’s wealth deteriorates, citizens are becoming ever more frustrated and violence on the streets is increasing; Venezuelans who back the opposition are quite confident that this time they will have it.

For the time being, the other States are busy trying to influence the situation, and are ready to make a move as soon as one of the two Venezuelan leaders makes one. 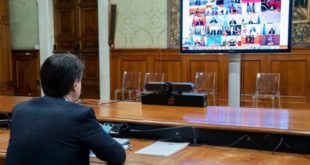 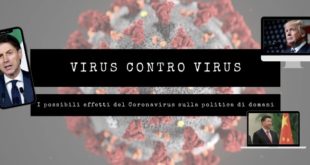 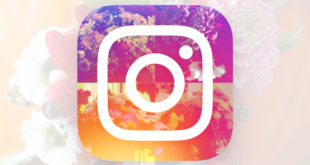 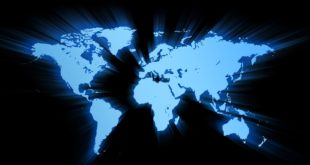 HOW DIFFERENT COUNTRIES ARE FACING THE COVID-19 EMERGENCY – PART 1

For some months now the COVID-19 has been affecting and frightening the whole world, but ...