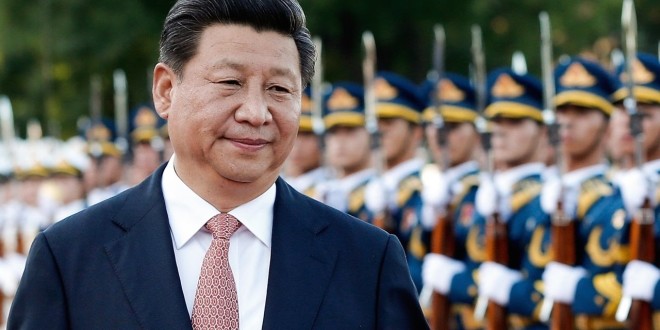 The challenges ahead for China

Not so long ago China was considered a rural-communist country, distanced from the West and with close affinities to the USSR. Matters have changed over the decades. The Asian country is now considered an economic colossus having experienced an astonishing rate of growth unprecedented in human history. Increasingly, China has also become a crucial player in international politics. The big question now is how it will decide to use its power and above all if it will be able to handle its rise in a sustainable and uncontested way.

The rise of an actor with such potential in the international arena will continue to shape the global strategic and political assets. In particular, China has modernized and strengthened its military sector in order to secure its dominance in its geographic area and to build-up an higher international profile. At the same time, the Communist Party of China has  undertaken several reforms that partially liberalized the market and triggered massive economic growth.

Over the past thirty years, the Chinese economy has grown at an incredible speed, and has proven to resist the 2007–8 crisis. 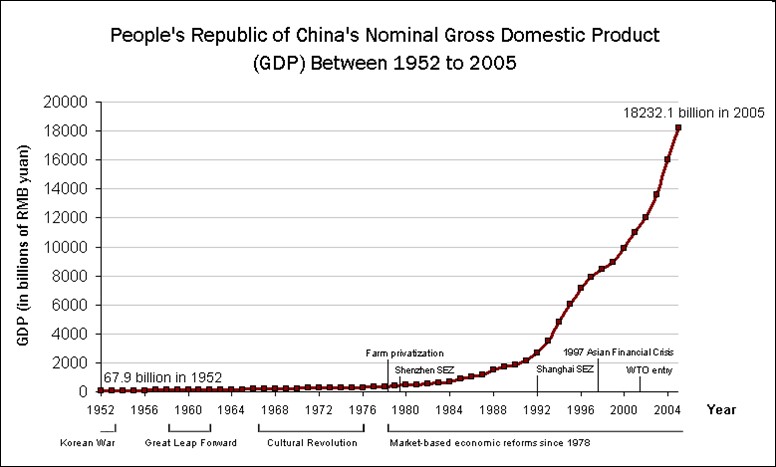 Today, its economic growth has been slowing down, although the levels still signal a solid and sustainable upward trend. However, reforms to avoid critical risks are highly needed. The issue here is how the transition phase will be handled by the Chinese Government. Two are the major challenges that daunt its current governance:

Even though China is still growing, and never stopped in the last years to do so, analysts are now concerned about the sustainability of such an exploit with the increasing Chinese debt. For example, in 2016 China grew by 6,7% but strong stimulus policies were implemented, with the debt reaching 260% of GDP. To relaunch economic growth Beijing released the “Guiding Opinions of the Communist Party of China Central Committee and the State Council on Deepening the Reform of State-Owned Enterprises” in September 2015, a plan to reshape the state ownership in order to loosen state involvement and introducing “mixed ownership”. Despite the willingness to partially liberalize the market, the access to credit is still more favorable to state-owned enterprises (SOEs) than to small-medium size enterprises (SMEs) preventing growth in the sector. Xi Jinping’s direction seems to be oriented towards a structural reform with the emphasis on the supply-side with a reform policy of SOEs (aiming at privatization and improving efficiency).

In the recent decades, the ability to deliver high economic growth rates became the source of legitimacy for the Chinese Communist Party (CCP). Will a slowdown in growth threaten the legitimacy of the government? If in Western countries legitimacy relies on the universal suffrage and multiparty competitive systems, the Chinese sense of legitimacy differs consistently from the Western one. The Confucian doctrine of the “mandate of heaven” preceded Rousseau of more or less two millennia: “water can carry a boat but also overturn it,” people will obey and respect authority as long as the leaders promote unity and stability. In the last decades, the government has implemented important structural reforms backed by conspicuous support. In the years to come the chinese population will go through significant transformations and the middle class will grow considerably. According to a study (McKinsey & Company), 76 percent of China’s urban population will be considered middle class by 2022: what will happen to the uncontested support to communism if a new wealthy class is rising? The rising middle class represents a new socioeconomic and sociopolitical force in Chinese domestic politics; the new challenge for the Chinese government is to balance economic modernization and political democratization, without renouncing to the strong central p 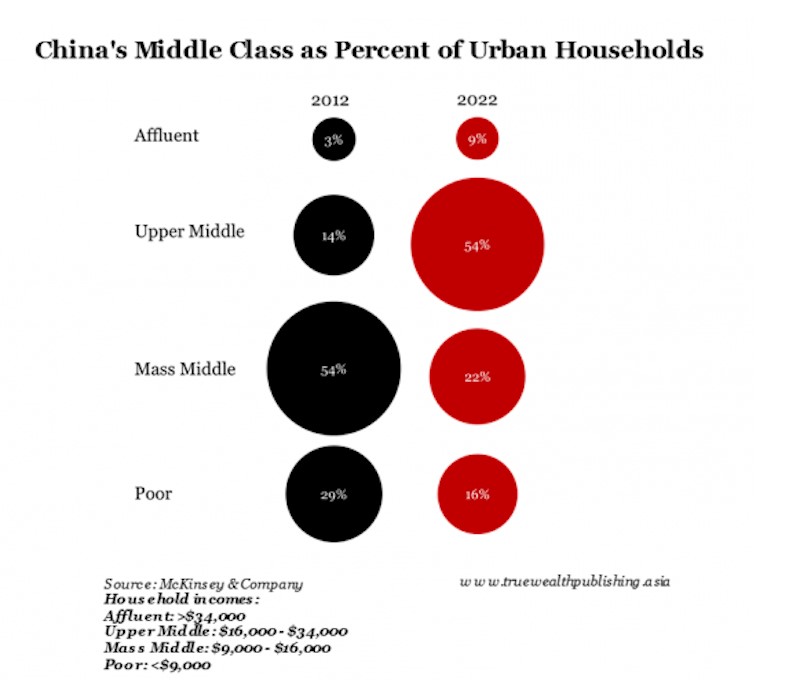 ower that allows China to intervene directly in the economy.

Indeed, many studies of the phenomenon show a causal relationship between the modernization of economy and the demand for democratization. Henceforth, the new pressure on the Chinese institutional structure might result in a destabilizing force.

China has been through a profound period of transition, which has represented a crucial point for the Asian power. The decades to come will be even more important to determine the economic and social weight of China in the international arena. Beijing will be called to undertake necessary reforms, paying attention to balance the new demands from the rising middle class with the stability of the regime. 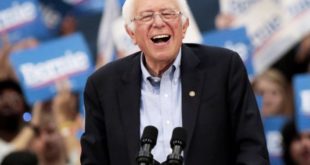