Home / International / Overlord and Myths of the French Resistance 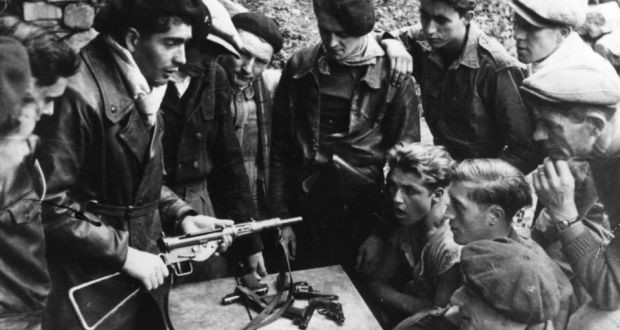 Overlord and Myths of the French Resistance

This article commemorates the 74th anniversary of D-Day and is dedicated to remembering all those who perished on the beaches of Normandy.

Operation Overlord (June 6th-30th 1944) conducted by the Allied powers is widely considered in historiography to have been instrumental in defeating Hitler’s “Fortress Europe”, marking therefore a critical turning point in the Second World War. Its success, which depended on the ability to consolidate the landing beach-heads and prevent a strong and rapid German counter- offensive, has through collective memory been attributed to the sabotage actions of the French Resistance partisans. However, for the sake of historical debate and accuracy, it would be worth to confront this popularized image by raising the question: did the Resistance truly have such an important impact in the overall success of the Operation?

In the morning of June 6th militia men from the maquis, in co-ordination with the British Special Operations Executive (SOE), intensified strategic railway derailment and destruction of fueling stations and communication lines under codenamed Plan Vert. David Schoenbrun, a war time correspondent, reports that “in the first day of D-Day, 180 German trains were derailed and 500 railway lines were cut”. The German mobilization of armored divisions to Normandy began later that afternoon. Armored columns were indeed delayed, although the damage done by the Resistance has been grossly overestimated. While the Resistance claimed that it had killed 6,000 members of Rommel’s elite 2nd Das Reich Panzer, British historian Max Hastings in his book The March of the Second SS Panzer Division, examines that the French were responsible for causing 35 victims out of the division’s 15,000.

Although the Hollywood image is one of vast explosions sabotage was merely an annoyance to the Germans than an actual hinderance. Historian and WW2 expert Stephen Ambrose writes that “It would take at the very most thirty-six hours to make a sabotaged rail line operational again”. In Soldier’s of the Night Shoenburn also described the maquis as groups “ill equipped and poorly prepared”. Indeed, Allied operatives dismissed much of the Resistance intelligence, considering it unreliable. Historian Douglas Porch in The French Secret Services, reports that “40 percent of Resistance broadcasts were on frequencies which only the Germans were capable of listening to” and that underground radio operators typically only lasted a few months before being intercepted and later captured by the Gestapo. Far from being a unified network, the Resistance was always disorganized operatively and divided politically, with leaders such as Henri Frenay and Jean Moulin clashing over visions of national insurrection (favoured by the communists) or of national liberation to restore the old order (voiced by Gaullists).

What can instead be considered to have been more important aspects in ensuring the success of Overlord are the Allied air interdiction campaign and the so called “war of deception”. The RAF’s and the USAF’s fire power, with over 27,000 sorties a day, had devastating effects on German railheads. SOE report HS 7/125 (1944) mentions that the Resistance acted “only in the early stages, before German targets were subject to air attack” and that “American superiority in the air…has been so effective that all movement of major formations have been rendered completely impossible”. Even the accounts of Generals Rommel and Von Rundstedt from the USAF archives reveal that it was Allied bombers and not the Resistance that “paralyzed all movement by day and made it extremely difficult by night to counter attack enemy forces after the landing”.  The Allies, in the months leading to D-Day, had also conducted Operation Fortitude, a massive deception campaign to convince the German High Command that the main landing force was going to occur in the Pas de Calais region instead of Normandy. Aided by the decrypting of the German Ultra machine and the creation of “dummy” divisions, Supreme Allied Commander General Omar Bradley confirms the totality of the deception’s success by reporting that not until the breakout of Cherbourg (around late July) did the German commanders realize “how completely they had been misled on the Calais landing”. For this reason, Max Hastings points out that Hitler sent to Normandy only 8 of the 55 divisions he had available in France while ordering figures like Von Rundstedt to remain fixated on the Calais area.

Has the ‘Resistance’ been overly romanticized, or must it be given its due credit? While it certainly did have an important political role in the aftermath of the war, its military efficacy should not be overly emphasized. The majority of disruptions of panzer movements were caused by Allied air raids in conjunction with the use of Anglo-American intelligence strategies of deception. In light of this conclusion, I do not seek to criticize nor blemish the heroic actions of the figures of the Resistance, but rather, I seek to portray a revisited and more truthful historical reading to avoid inflating the myth that surrounds the French liberation movement.

Precedente L’ennesimo giro di valzer dei Pentastellati
Pross The Aquarius Case and the Euro-fudge: how did we come to this? 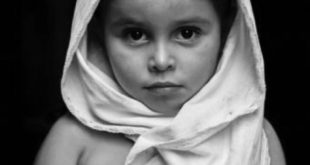