Home / Politica / Politica estera / MES or Coronabond? This is not the key issue for Italy in Europe 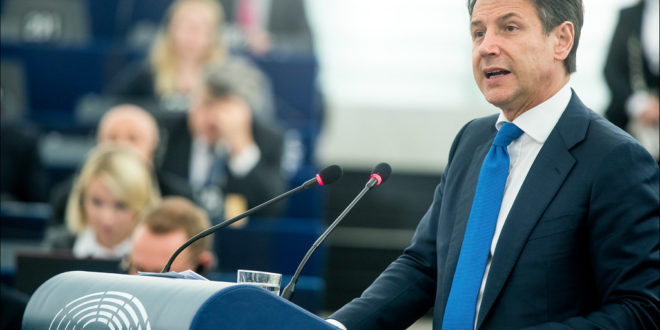 MES or Coronabond? This is not the key issue for Italy in Europe

The fate of the EU hangs by a thread. The European Union has moved disunited on the crisis (not only humanitarian and economic but also social) caused by the SARSCovid-2 pandemic. The one-word summary is “stalemate“, due to multiple possible reasons. The first concerns the division of competences of the European Union. Absent in the field of Health Policy. Divergent in social matters and inexistent in fiscal policies coordination. The Italian PM Giuseppe Conte is closed to any intermediate solution, even to a possible revision of the ESM “without conditions”. The dry “NO” of the Italian Government, with the support of the Mediterranean Group, to the European Stability Mechanism, is a clear-cut and close to an irreversible position. However, from the European Council of next July 15th, 2020 it is fair to expect a necessary turning point. The key issue to be examined by Europe, however, is another one. In the moment of crisis, the structural problems of the “political” Union have reappeared: in addition to political fragmentation and lack of solidarity, these decision-making mechanisms requiring unanimity have come to a standstill, at a critical moment that required compactness, speed and short, medium- and long-term strategies all at once.
With a forceful tone, Sylvie Goulard, Vice-Governor of the Bank of France and very close to the French President Emmanuel Macron, acknowledged some of the causes of the European decision-making deadlock. The first is the lack of competence in the field of Health and Welfare, a matter which, like Taxation, remains today an exclusive competence of the Member States. And on this, there is no doubt: a common Health Policy would have meant a greater level of awareness. The same alertness that Chinese doctors shared with the Italian ones from the very first moment. It was a matter of sharing the scientific basis of a lethal virus, not to be underestimated. The lack of a paneuropean information sharing meant that European states reacted with extreme delay, failing, even from a nationalist point of view, to protect their citizens. Therefore, We Europeans need a new multilateralism, especially at the European level. The rigid positions of one or other internal coalition of states do not help. The same applies to medical care. Surprisingly, there was no internal protection mechanism in place before the crisis of these weeks that would be activated when the European ‘zero’ patient tested positive for the Coronavirus. In the Italian case, we felt alone, abandoned and unprepared for what we could define as an “unexpected” war, as well as an inevitable one in this context of lack of EU-wide resilience.
It is then the lack of solidarity among the European States, the further aspect underlined by Goulard and, at the same time, the real object of discussion of the next European Council. On this point, the potential is different, much greater. Italy has succeeded in obtaining a prominent position within the coalition promoting Eurobonds, the antithetical solution to the European Stability Mechanism (ESM). Although they came with an intolerable delay, the cohesion demonstrated by the group of states serves potentially as a basis from which to start again, from which to reform Europe. The coalition has realised, first and foremost, that the decision-making deadlock is unacceptable. The first point to make in the European Council would so be the revision (even better the reform) of the European decision-making process. Without a reform of the voting system from unanimity to consensus, the EU will continue to exercise its political functions with inertia. Eurobonds will not be issued for the moment. But the renewed founders-led coalition has a solid keystone to start from. So, the coalition has clearly understood that solidarity is measured by common responses. Sharing resources for the health of European citizens must be a further decisive step towards restoring the culture of European Solidarity. By providing common responses, we achieve results on the ground. Finally, we need a common coordination mechanism towards sudden and devastating events such as the one we are experiencing in recent weeks. Europe must show cohesiveness and will only be able to do so if it has practical evidence of solidarity. The time has come to demonstrate this. If even this attempt fails, then the EU itself will provide the reasons for its disintegration. It is therefore clear how important it is for Italy, as a founding state, to avoid this.

ESM works in two different ways. The first and foremost is funding the Healthcare Emergency with no underlying interests. This is what Italy and the Med Europe ought to obtain. But at the same time, what frugal Europe refuses. Will Germany European semester cut the ice?

The opposite way is using ESM to refinance the Healthcare emergency but with the remit of giving it back with agreed interests. Funding is thus not under scrutiny. There’s a general acceptance level on this. The keystone of the EU Council disposal this time is the agreement. Both ways have underlying interests. The difference stands on the latter, which is a way of giving money back through net contributions in the Cohesion Funds. Something that Italy and Med Europe have been doing as founding members way long back in time. Provided that the Coronabond issuance as an option has been archived, it must be more than clear that either way, ESM funding will be redistributed.

Furthermore, the Italian Parliamentary sessions may be making life difficult for the PM Giuseppe Conte. A blocking coalition on the Italian Parliament has clearly caused disruption to an extent by which irrelevant bureaucratic stalemate might trigger further disunity amongst the Italian Politicians. The hemorrhage of 5 starred Senators to the League might shift towards an inner unsupportive party government majority for the Italian PM Giuseppe Conte. Set aside the Italians, the German European Semester will follow. And there’s much work to do. But the synchronism between Angela Merkel and Ursula Von der Leyen will probably spark a renewed sense of emergency handling. A proof to historians that Europe will resist to the Healthcare and Economic crisis triggered by the virus. Whether this scenario will outstand the inner difficulties will be clearer in the next weeks. 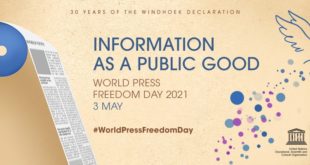 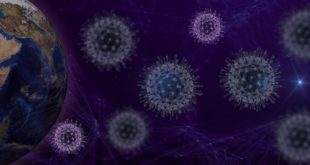 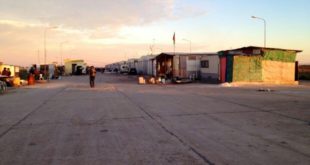 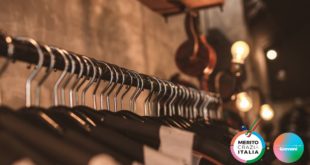