The “United Nations Human Rights Council” (UNHRC) is an UN inter-governmental body responsible for promoting and protecting human rights around the world. The UN General Assembly elects the Member States, who occupy the UNHRC’s 47 seats for a three-years term, taking into account the candidates’ contribution to the promotion and protection of human rights, as well as their voluntary pledges and commitments in this regard.

Bearing in mind these preliminary remarks, it follows why Amnesty International is calling on the UN General Assembly to immediately suspend Saudi Arabia from the UNHRC: since Saudi Arabia joined the UNHRC in January 2014, it has carried out gross and systematic human rights violations both at home and in neighboring Yemen; moreover, it used its privileged Council position to effectively evade justice and shield itself from accountability for possible war crimes and other grave violations.

Specifically, there are three main reasons on which Amnesty International is relying on for urging the General Assembly to suspend the membership rights of Saudi Arabia.

First of all, Amnesty International underlines the fact that Saudi Arabia has continued a sweeping crackdown on human rights activists since it entered the UNHRC. All of the country’s prominent and independent human rights defenders have been imprisoned, threatened into silence or have fled the country. More and more have been sentenced to years in prison under the country’s 2014 counter-terror law. A human rights defender, Waleed Abu al-Khair, was sentenced to 15 years in prison and a further 15-year travel ban in relation to his human rights work. Saudi Arabia has also punished anyone seeking to expose human rights violations, shutting down independent NGOs and preventing activists from travelling to events abroad. Activists can find themselves facing jail terms even for speaking to human rights organizations like Amnesty International. In particular, many founding members of “ACPRA” (the “Independent Saudi Civil and Political Rights Association”) have been put to death, usually after grossly unfair trials.

Secondly, Amnesty International highlights that since it was elected to the Human Rights Council, Saudi Arabia has carried out a horrendous execution spree, with more than 350 having been carried out. This includes the mass execution of 47 people in a single day last January. Among those facing execution are individuals who were under 18 at the time of their alleged offense, in violation of the Convention on the Rights of the Child, to which Saudi Arabia is a party.

Lastly, there are clear evidences of war crimes in Yemen. Saudi Arabia led a military coalition carrying out a devastating air bombardment campaign in Yemen, violating international humanitarian law. More than 3,500 civilians have been killed and 6,200 injured in the war, the majority by coalition airstrikes which have struck civilian infrastructure including health facilities, schools, bridges, roads, residences, markets, hospitals, and mosques. Amnesty International has found that such strikes have often been disproportionate or indiscriminate and in some instances they appear to have directly targeted civilians or civilian objects. Despite well-documented violations by the Saudi-led coalition in Yemen, there has been no accountability. Saudi Arabia has failed to conduct credible, impartial and transparent  investigations into possible war crimes and has used its position on the Human Rights Council, aided by its allies, to effectively obstruct the creation of an independent international investigation.

Amnesty International recalls General Assembly Resolution 60/251, which created the Human Rights Council and provides that “the General Assembly, by a two-thirds majority of the members present and voting, may suspend the rights of membership in the Council of a member of the Council that commits gross and systematic violations of human rights.” With the evidence of such abuses of human rights, both in its territory and abroad, Amnesty International claims that Saudi Arabia should lose its membership rights. Failure to act on Saudi Arabia’s gross and systematic human rights violations committed in Yemen, and its use of its membership to obstruct independent scrutiny and accountability, threatens the credibility of both the Human Rights Council and the General Assembly. 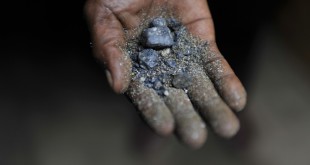